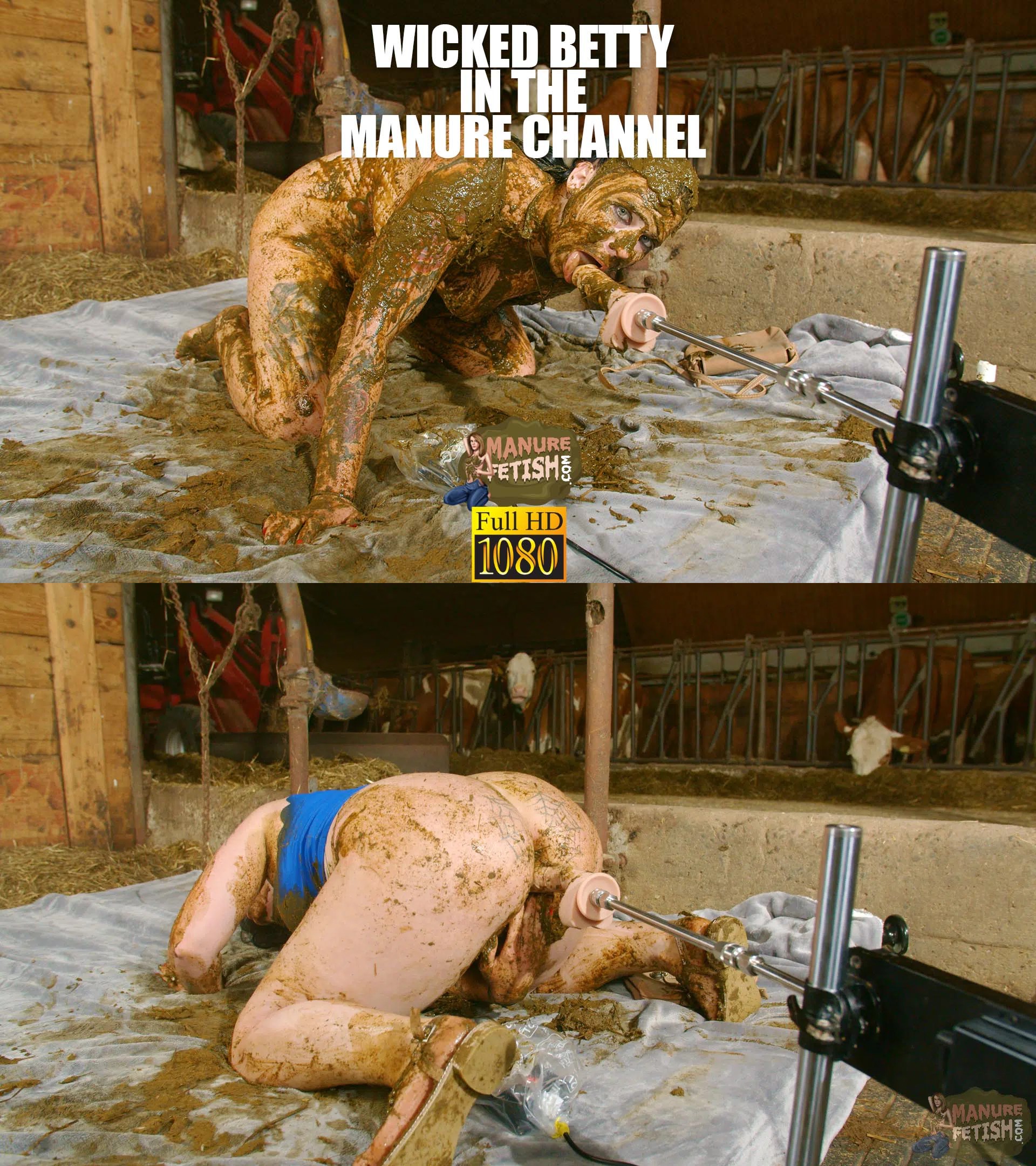 While out for a walk, Betty discovered that the cow barn was open. She went in to look at the cows and pet them. But what did her eyes see there? There was a fuckmachine! So Betty went to lick the nice dildo. But for her it was only the beginning, so she smeared and covered herself again and again with cow dung. Betty began to try out the fuckmachine, first slowly and then faster. In addition to smearing the cow dung she also had to pee. She pushed cow dung in her vagina and peed after that. To cool down a bit, she also climbed into the manure channel to submerge herself completely. After some time, Betty’s vagina had enough and you went over to her tight asshole. In addition to the pre-stretching with lubricant, she also covers herself over and over again with cow dung. Of course, it did not remain with the single submerging in the channel, so she climbed in the manure channel again and submerges herself completely one more time. After all the fun Betty then relaxed in the manure channel. 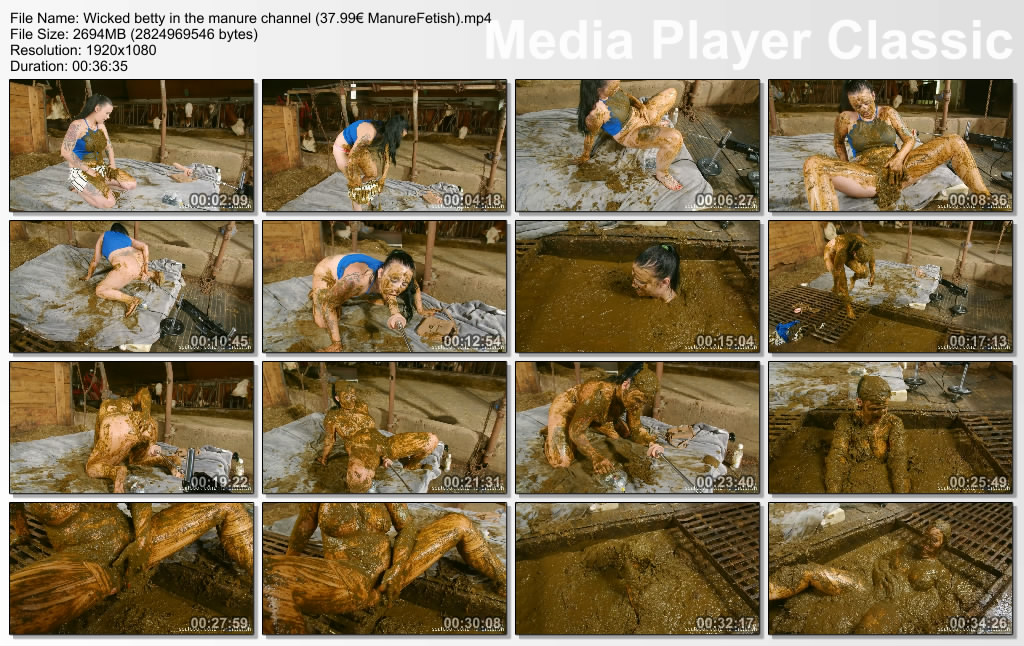